How does the disc granulator control the size of granulated particles? 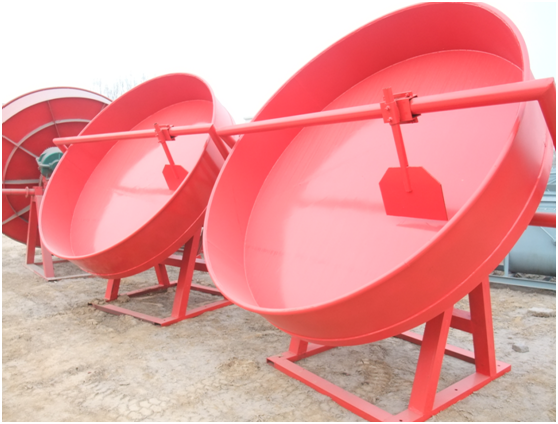 Since the particles will gradually grow up when they roll down along the surface of the disc, the more the material rolls in the disc per unit time, the faster the particles will grow up. That is, the working efficiency of the disc granulator is proportional to the granulation. The speed of the machine. Since the basic powder fertilizer rises with the rotation of the disc with a certain slope, it rolls down under the action of gravity, and at the same time, it is thrown to the edge of the disc due to the centrifugal force, these powders collide and fuse with each other, and The liquid phase is bonded together by the surface tension. Therefore, the speed of the rotation speed will affect the bonding and pelletizing process of the powder-grain fertilizer on the one hand. Too fast, the powder fertilizer cannot be formed in time, and it is thrown out of the disc; too slow makes the powder pellets take too long, making the diameter of the particles overflowing the disc larger than the standard requirement; on the other hand, as the disc inclination angle increases If the rotating speed of the disc is too slow, the material will accumulate in the lower part of the disc, and the drop and repeated rolling up and down will not occur, which will also affect the ball formation rate. 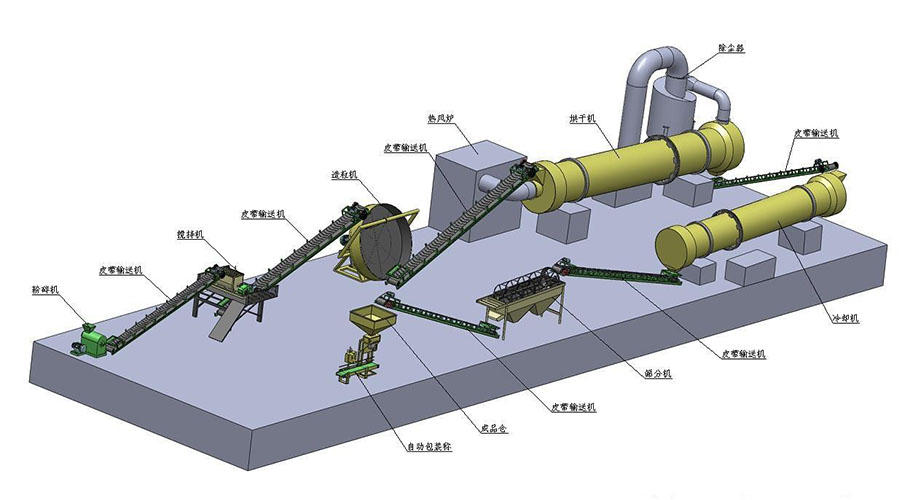